A View From The Edge is ‘Owdyado Theatre’s fourth production and was a giant leap from anything they had done before, both in terms of scale and production values.
I was brought into the process at a very late stage by director Rosanna Elliot (Canvas Theatre) when it was realised that the script demanded a very creative lighting design.
This gave me a very short window of creativity. (One stagger-through and two rigging/programming days!)

The show itself is a mish-mash of inspiration from film noir classics including Sin City, The Maltese Falcon and “Who Framed Roger Rabbit?” intermingled with clever writing and almost mind boggling parallel realities resulting in a show that makes you ponder the phrase: reality depends on where you stand.

Offering loads of creative freedom and an unashamed use of clichés we were able to create both a high contrast, shadowy film noir world using venetian blinds to great effect as well as an angle poise lamp and some crucial specials, and a bright, modern apartment on the same stage.

The structure of the piece required clear shifts between the two worlds and occasional merging as well meaning that the lighting transitions were as important as the states themselves.

A final challenge was that this show was to tour without any technical support meaning that the lighting and sound needed to be operated from back stage by the cast themselves. Creative programming and liberal use of delay cues meant that some lighting changes happened seemingly by magic with all four performers on stage! 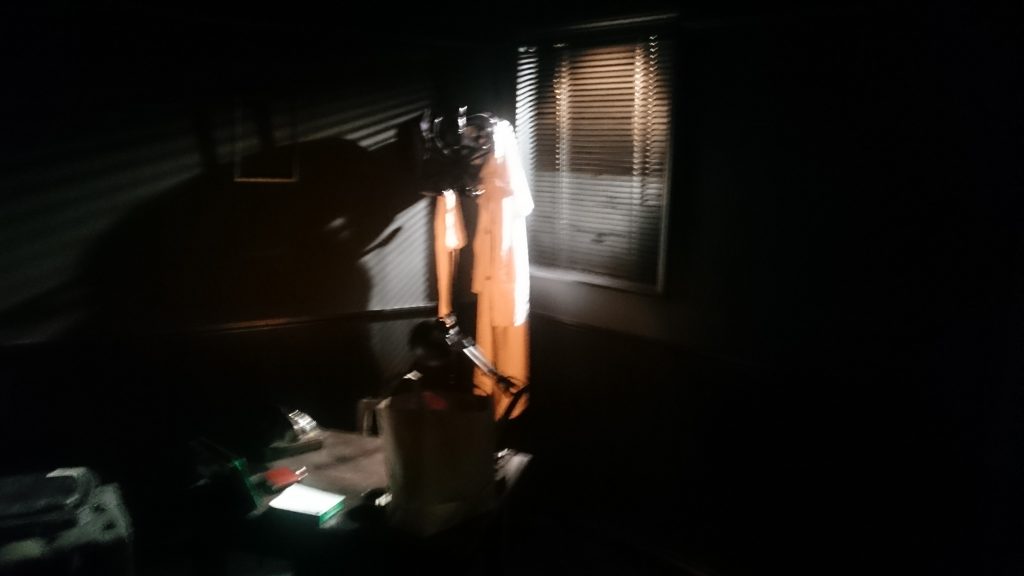