Addressing the tensions in the relationship between the land and the sea Titia spent four weeks filming both real-time and time lapse videos of the area around Godrevy near Hayle, Cornwall, an area of quite dramatic coastal erosion. Titia filmed at all hours of the day and night and collated this footage into a 24 minute film which was shown in a free event for the public on the weekend of 29th October.

Far from being a 2D experience the film was shown on five makeshift projection ‘screens’ in a small barn at Godrevy Farm with content programmed to show sometimes on one, several or all the screens at once. Coupled with a wonderful soundtrack by composer Ted van Leeuwen the experience the insight the audience gained into the area during their experience was amazing and was reflected in the very positive feedback received.

As a technician on the project my role involved supporting Titia practically with preparing the space as well as installing power and a sound system. I was also on hand to collect hay bales, build seating, erect projection screens (grey plasterboard!) and troubleshoot where necessary.

It was a great experience for me working on my first professional artistic installation and being re-introduced to the format after my own work at university. It is definitely an area I would like to expand my experience in. 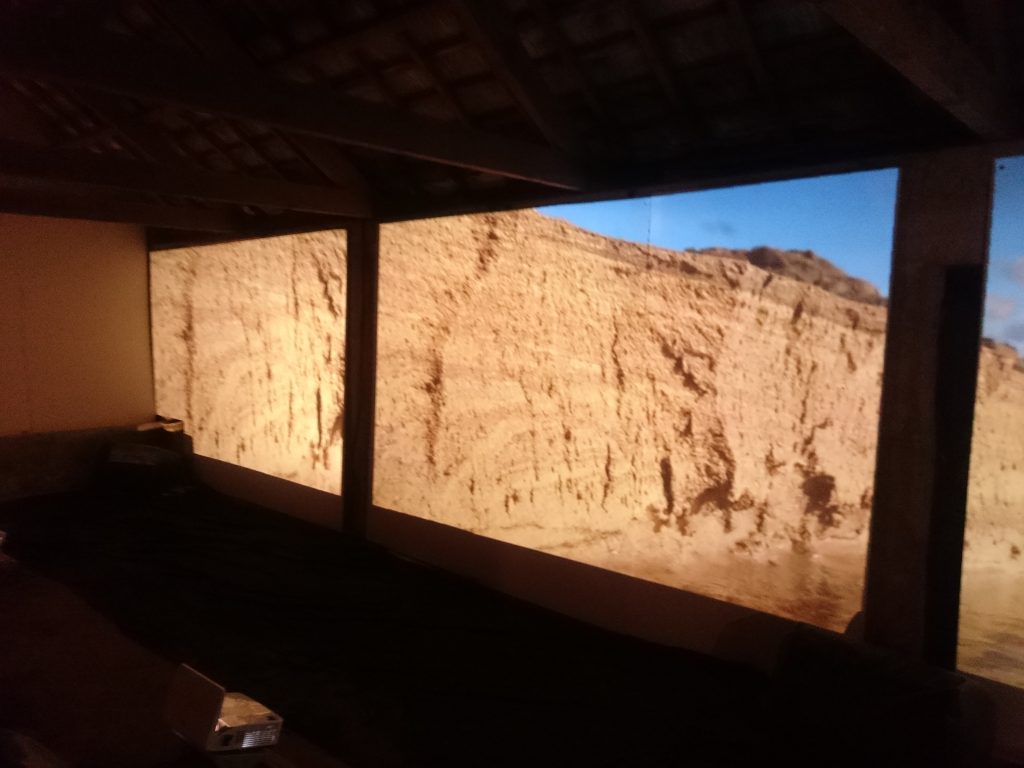 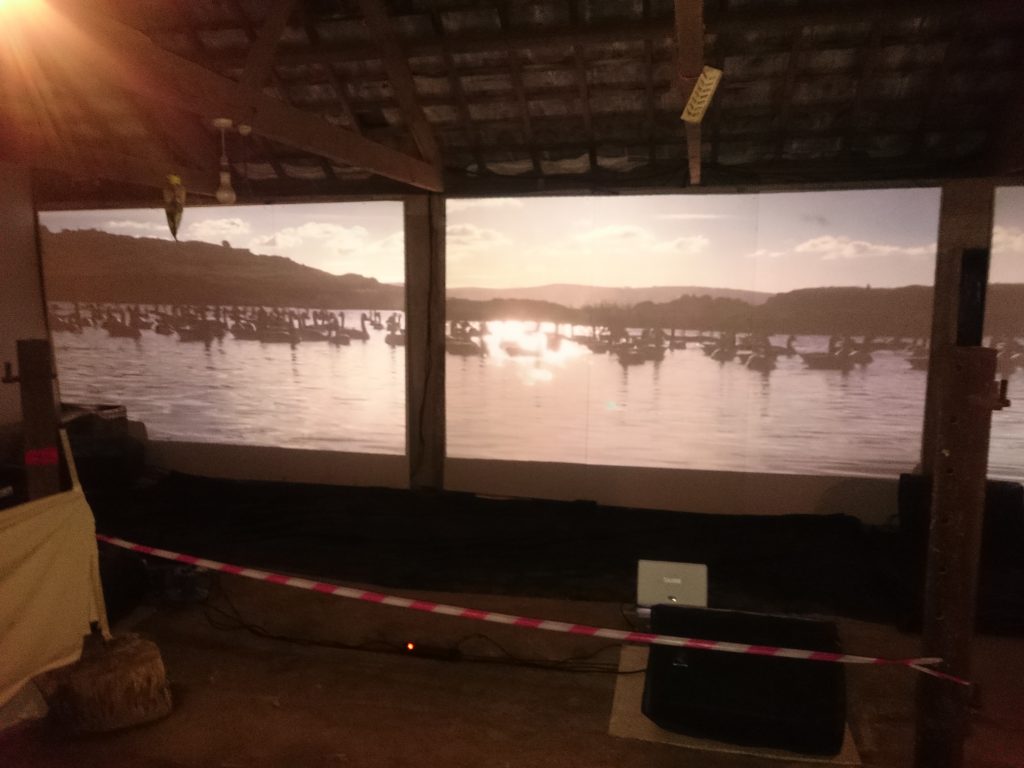 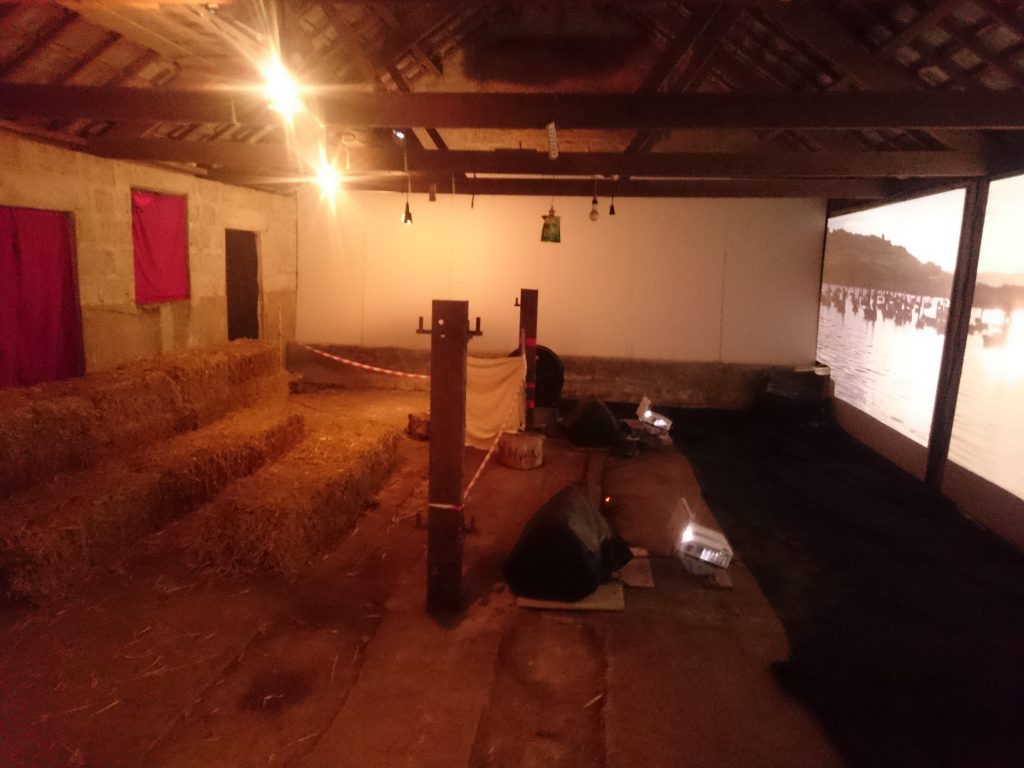 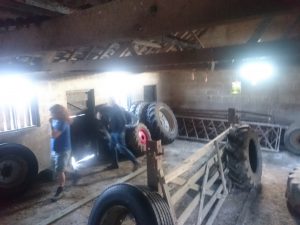 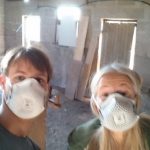 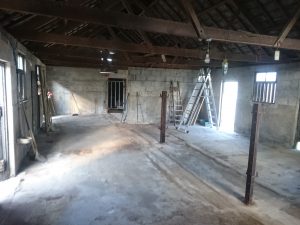 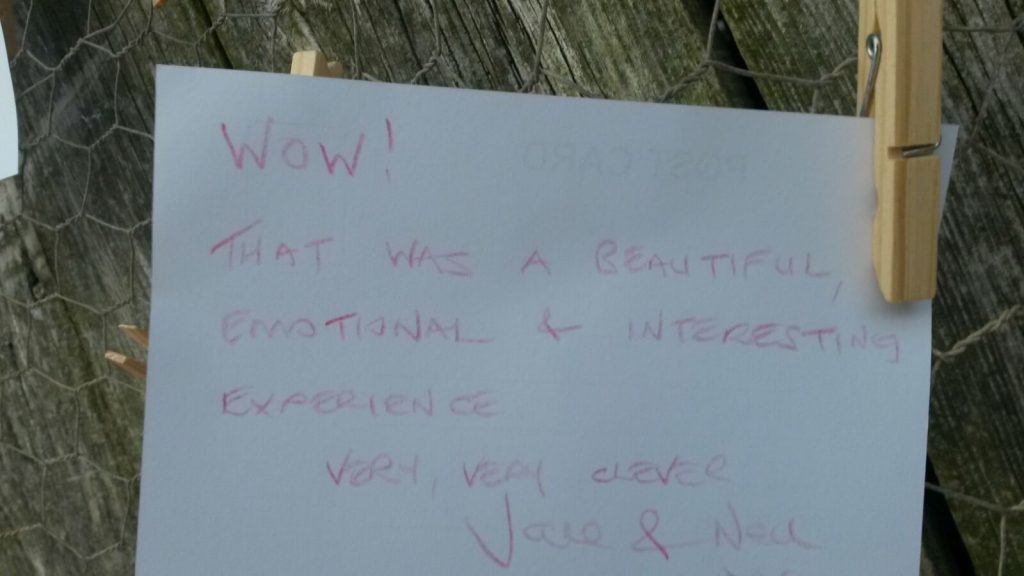